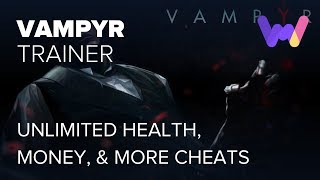 AmpleAlarm314 25 nov
I LOVE THIS GAME SO MUCH. IT IS THEBEST THING SINCE SLICED BREAD. NEVER STOP LIVE, LAUGH, AND LOVING THIS 11/10 GAME. :D

LogicalPurpose108 30 ago
its great, love starting a new game and feeling the power instead of building up to it over the game and then when you are strong the game is over

WordRunner 10 ago
This has been such a huge lifesaver for a section of game that autolocked me in deadly combat. Thank you!

OptionalRail499 29 jul
Everything worked beautifully as described; thank you for all of your efforts - they are greatly appreciated! All the best to you and yours!

ManualShark327 30 mar
thank you for making this possible even though I havent yet had a chance to use it because your prompts and likes and comments stuff showed up first. so I have no idea if this is any good or not but I appreciate that you put in the time and effort to make these cheats possible because it really irks me that the developers patched the infinite xp glitch. Its my game, I bought it, I should be allowed to play it how I want to. they never should have taken that cheat away. So I am thankful that you are bringing it back.

SuperEagle700 27 mar
Love this!! i haven`t found any other modding app that keeps adding games to its library and ensure all mods work as long as you follow instructions keep up the good

LilLadV2 24 fev
In the mary reid boss fight you die if she hits you too much even if you have god toggled, other than that good

SilverShirts007 19 fev
Allowed me to get past a particularly difficult sections that was starting to make the game not fun to play.

ManualPumpkin829 4 jan
I would not have made it though parts of the game without the use of some of these mods. Thank you so much for your hard work! It means the world to a mom that likes to game but doesn't have a bunch of time to do it in!

StaticBranch411 26 dez
Thanks so much for developing this mod! It helps us older gamers progress in a game instead of just getting frustrated and quiting instead. Thanks Again!

HappyXeno22 26 dez
Very fun to play,unlimited health breaks the healthbar all together, so I guess im immortal now!

Wafflenaught 7 dez
First I've seen of a memory edit that actually works for Vampyr, given that I suspect there are some locks are bars so to say on the developers behalf that have always prevented me from doing such editing manually with programs such as Artmoney or Cheat Engine

Sytheria 21 nov
Much appreciated for the excellent developing of this program. You help set the stage for real personal gaming.

LovelyGiraffe310 28 set
So long as I used this trainer smartly I got from prologue to epilogue without going white haired :)

OrganicSpoon210 18 ago
Mods to the game worked just fine. I liked that the infinite items mod basically gave me every item for upgrades that I didn't have.

HungryGrass642 18 jul
Thanks guys! A pointlessly difficult part of an otherwise great game was easily overcome thanks to you :D

ExtremePencil680 27 jun
The final boss fight is impossible! This mod got we through the boss fight, so I could complete the game. Wonderful, thanks!

chiakri 17 mai
everything works smoothly with Steam and helps me play the game in a whole different way. Thanks!

Relmara 13 abr
Thanks for the mod. I will say it seemed to cause a small issue when I was progressing that caused crash but that could be something screwy my laptop did. But I should have enough money now to but all the supplies I need to cure everyone!
END_OF_DOCUMENT_TOKEN_TO_BE_REPLACED